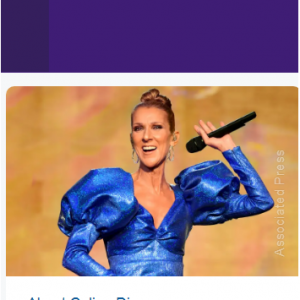 She found immediate success in her native Quebec with a string of French-language albums, but beginning with her English-language debut Unison in 1990, she has been the voice behind such enduring classics as "My Heart Will Go On" from the film Titanic, "The Power of Love" and "Because You Loved Me." She has won five Grammys, including the prestigious Record of the Year award for "My Heart Will Go On," and is one of the best-selling artists in the modern era with over 200 million records sold. Known for her energetic live shows, including two blockbuster residencies in Las Vegas, Dion continues to fill arenas and stadiums all over the world.

Sephora Favorites Give Me Some Lip Balm Set @Sephora Canada