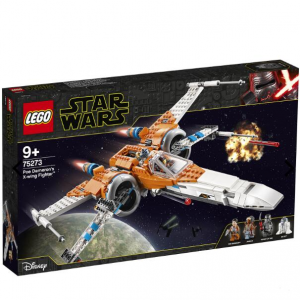 Join the Resistance fleet with the awesome X-wing fighter! Climb into the cockpit with Poe Dameron. Make sure R2-D2 is sitting comfortably then launch! When you see First Order forces, switch the wings into attack mode and fire the stud shooters and spring-loaded missiles. Then continue the fight on the ground against the Knight of Ren with Jannah's cool weapons. You must win this battle!

Up to 50% off Jewelry Sale @ Swarovski