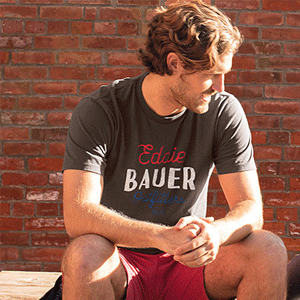 The company was established in 1920 in Seattle by Pacific Northwest outdoorsman, Eddie Bauer (1899–1986). In 1940 Bauer patented the first quilted down jacket. He later patented numerous other designs. The company was the first independent company which the United States Army hired and allowed to use a logo on the Army-issued uniform.

Up To 50% Off Tory Burch Sale @Saks Fifth Avenue