Up to 3% Cash Back Up to 4% Super Cash Back
Code: FREESHIPSEP

Free Engraving for the Water Bottles

Meet all the essential trends for under £10

Up to 60% off Tracksuits

Up to 3% Cash Back Up to 4% Super Cash Back
Terms and conditions apply.
Activate Coupon 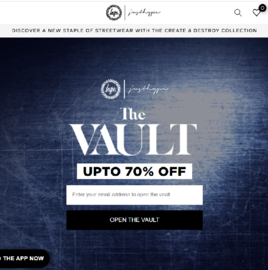 Established in 2011, they began as a self-funded project, designing printed clothing and accessories. After winning a t-shirt printing competition, They had its first batch of stock, which sold out in a matter of hours. With the u
se of social networking, They quickly developed into something that could no longer be tamed from the single room it was created in. Within months they had started to evolve into one of the uk’s most recognisable brands.
... »