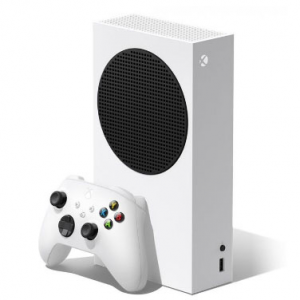 Introducing the Xbox Series S, the smallest, sleekest Xbox console ever. Experience the speed and performance of a next-gen all-digital console at an accessible price point. Get started with an instant library of 100+ high-quality games, including all-new Xbox Game Studios titles like Halo Infinite the day they release, when you add Xbox Game Pass Ultimate (membership sold separately). Seamlessly move between multiple games in a flash with Quick Resume. At the heart of Series S is the Xbox Velocity Architecture, which pairs a custom-SSD with integrated software for faster, streamlined gameplay with significantly reduced load times.

Up to 77% off Champion Clothing & Accessories @ Nordstrom Rack

All Swimwear Extra 10% Off @ W Concept

75% Off Everything Sale @ Theory Outlet