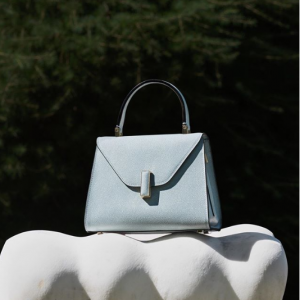 Since its founding date, in 1937, Valextra has been synonymous with luxury and sophistication within the circle of cosmopolitan travelers. Throughout the Fifties Valextra became more and more known across the world for its style and creativity, and when the "24 ore" (24-hour briefcase) and the "Grip String" wallet became fashionable in Milan, London, Paris and New York, Valextra became a symbol of elegance and Italian creativity. Each Valextra product is intricately and most importantly entirely made by hand in various stages by individual craftsmen. From the choice of skins to the way they are cut and in turn assembled, an entire team of 40 skilled and experienced craftsmen are behind each single Valextra bag. What is so extraordinary about the old workers in Valextra's factory is that every night lessons are held to teach younger workers the traditional techniques of of the art. Valextra holds a true hereditary passion.

Up to 70% off Selected Fashion, Shoes & Accessories @ Harvey Nichols

Up to 90% off Men’s Suits & Separates @ Nordstrom Rack

Up to 70% off Ray-Ban Sunglasses Sale @ Nordstrom Rack