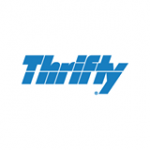 Hired a car from Thrifty when all other car rental companies were being difficult as I didn't have my Credit Card with me. Hired a great car, everything I expected in a car rental. Customer Service was good. Will definitely use them again next time.2 weeks car hire with no problems, no nasty surprises at the begining or the end. 850 euro deposit needed as I didn't take out their excess waiver but this was clearly stated upfront and returned in full at the end. We will certainly use them again..Arrived 5 days late after transportation problems. Desk clerk at Orlando first class in sorting the matter out with speed and efficiency. Added drivers twice for a few days without problem or difficulty. Very impressed with service provided.. Those are part of 270 Thrifty reviews. The latest review from Trustpilot - This company is NOT part of the real American Thrifty COmpany, but a Hungarian knock-off who uses their name without permission and trademark. The car was rented through Cartrawler, which is a rental car platform used by airline companies, in this case, Austrian Airlines. The process was seamless, the agreement clear. First of all, we were greeted by a shuttle at the airport, which was nice and taken to their location near the airport. Make sure you mark in your GPS their location as it is not found on the GPS, or type the address of the agreement, or the AGIP gas station nearby, otherwise you won't find them to drop off your car. Make sure someone will be there when you drop off the car if your flight is early, before opening hours. They're not a non-stop location, even though they advertise as an airport location. When I got to Hungary, they made me sign their own contract. They are not even Thrifty, they're an agent for Thrifty, a private Hungarian company. Their agreement is the most horrendous, not used by any car rental company anywhere in the world. Some key points: you have to bring the car back CLEAN!!! Are you kidding me? I have to spend time and money during my vacation or your business trip to clear THEIR car? What are they charging me money for? Second, they tell you that your credit card could be charged after the fact for parking tickets, speeding tickets, speeding cam tickets. Nowhere in the world, can you be charged after the fact for anything other than parking tickets. That I understand. All companies, otherwise, just provide the government with a mailing address for the rentee so that they can mail them the ticket. Not so in Hungary. Also, I've gotten, so far, two charges on my credit card, after the fact, even though I've signed off on the car and everything was fine. Who gives them the right? One thing I know, until Hungary becomes in tune with the rest of the world and civilized, I won't be renting any more cars there.. There are 27 excellent reviews. 15 of customers rate great. But there are almost 228 of people rate bad.

Please feel free to choose from current 20 working promo codes and deals for Thrifty to grab great savings this July. It's the best time for you to save your money with Thrifty coupon codes and offers at Extrabux.com. Never miss your chance to enjoy 21% Off Thrifty discounts.